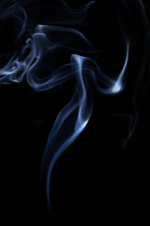 Usually spirits in a home or business just want to be left alone. If they cause any trouble at all it’s just an attempt to get people to stay away from them. (There are exceptions, but I haven’t seen many.) If you think (or know) you have spirits causing a problem, give me a call and let’s see what your options are.

If you’re just curious what it can be like having spirits in your space, read on.

Usually when there is a spirit in a home or business the occupants aren’t even aware of it, and many times they know and don’t mind. I’ve known several people who knew they had spirits in their house and they were kind of amused by it. But sometimes unwanted spirits can cause quite a problem, as in this case.

A man who was running his business out of a very old house called me because he and some of his employees were aware that “something weird” was going on. One employee, who worked near the back door, felt that she was being harassed at her desk by something that was going so far as to touch her. Another employee, who had an office upstairs, developed such a bad attitude that he was in danger of being fired. Upon checking, I found a spirit who felt like the area around the back door was “his” and he resented that employee being there all the time so he was trying to run her off. I also found a spirit “living” in the office of the other employee, and it likewise resented the employee being there so it was directing so much “negativity” at the employee that it actually affected the man’s behavior when he was at work. I removed both of these spirits and the first employee stopped feeling like she was being harassed, and the second employee’s behavior changed so much that he was no longer a problem.