Contacting spirits of loved ones 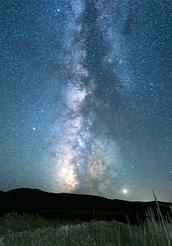 There are certain norms in contacting people who’ve died. As a rule, those who have died recently are very willing to be contacted, especially by someone they particularly care about. Conversely, as a rule, someone who’s been gone for several years or longer has no interest at all in talking to someone from their former life. Everyone reaches a point where their interest in the previous life is gone; their focus is on “the now” and planning for the future.

This “cut-off” point varies from person to person and there is no “rule” for when that is. I contacted my father when he’d been dead for a year and he seemed just like he did when he was alive. I contacted him again 2 years later and he was totally different and had no interest at all in talking to me.

But spirits are willing to help regardless of how long they’ve been gone. I contacted my father again about 10 years later, not to chat but because I wanted his help. He still wasn’t friendly but he was more than willing to help me. Spirits aren’t interested in making small talk about long-past lives but they’re willing to help with a legitimate problem.