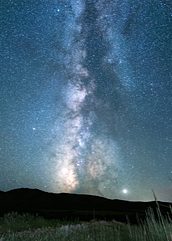 Are you here because you want to contact the spirit of a friend or family member who’s died?  Are you grieving and looking for a way to connect? Do you just want to see if the person is “okay?” Did you feel a certain close connection to the person and want to see if the connection is still there? Are you just curious? All of these are valid reasons for contacting someone who’s passed on, and I can help you do that.

But there’s one important thing you need to know about contacting someone who’s died. And that is, the longer they’ve been on the other side the less interested they are in being contacted.

When I contact someone who’s recently died they still have the same personality as when they were alive. So they usually enjoy being contacted, especially by someone they particularly care about. But if they’ve been gone for several years or longer they probably have no interest at all in talking to someone from their former life. Every spirit reaches a point where they’re no longer interested in the previous life; they’re just focused on “the now” and planning for the future.

This “cut-off” point varies from person to person and there is no “rule” for when that is. I contacted my father when he’d been dead for a year and he seemed just like he did when he was alive. I contacted him again 2 years later and he was totally different and had no interest at all in talking to me.